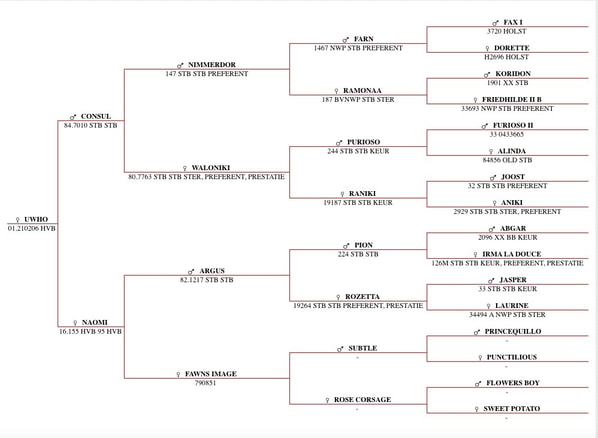 Uwho has an incredible disposition and presence about her. She competed locally as a dressage horse schooling up to third level. Since we have owned her she has shown to be bold and powerful o/f. She is a dream to ride and work around. Uwho is the daughter of Iron Spring farm's legendary stallion Consul. Consul is known for producing remarkable athletes for every discipline. Among his international stars are the show jumper Judgement ISF and the four-star eventer Critical Decision. His daughter, the Keur mare Hivona, was a Produce of Dam winner at Dressage at Devon and top producing broodmares in the KWPN-NA.

Uwho's dam Naomi sire Argus is the only stallion in the world that successfully performed in Grand Prix jumping and in international dressage. Uwho produced a phenomenal, KWPN Premium colt for us by Dreamscape farms  Lestat in 2017, Marvelest and a spectacular 2018 filly by Diamond Hit; Ngagement, and a gorgeous filly Phancy This sired by Chin Quidam VDL. 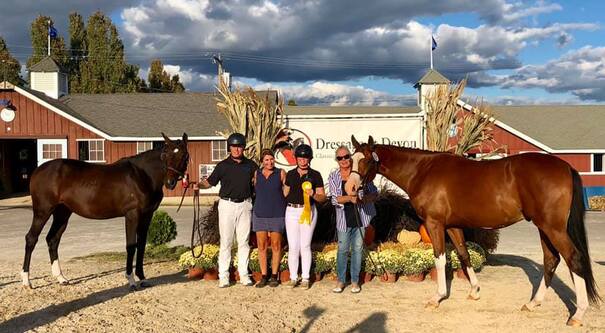 In September 2019 Marvelest and Ngagement represented Uwho in the Produce of Dam class at Dressage at Devon against some pretty hefty competition bringing home a 3rd place in the class.  Pictured at left is Ngagment as a yearling, and two year old Marvelest on the right. 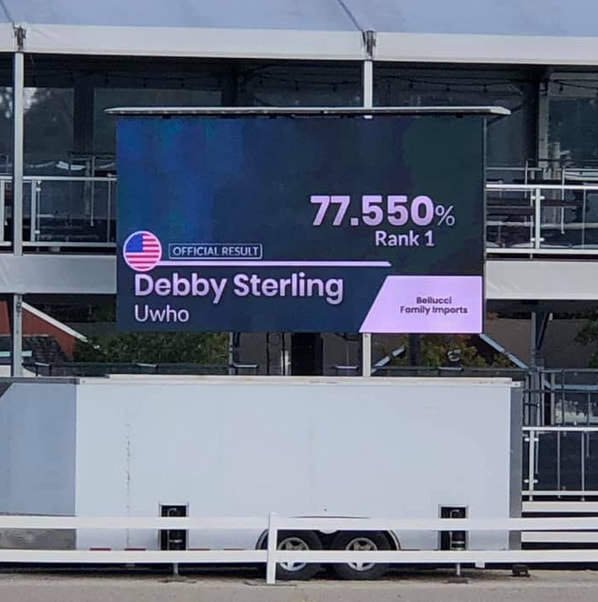